The CKI Club at Baldwin Wallace University has dedicated its time to service and making an impact not only in its local community but also around the globe. Circle K International’s ultimate goal is to “make the world better one project at a time.”

One project that the club does is stuffing shoeboxes for the Christmas season. They worked with Operation Christmas Child – the world’s largest Christmas project of its kind. Since 1993, the Samaritan’s Purse project Operation Christmas Child has collected and delivered more than 168 million gift-filled shoeboxes to children in more than 100 countries. Each year they plan on reaching over 28,000 children a year with a gift-filled shoebox. The primary focus is those children in Central/South America, Eastern Europe, and the over 200 islands in the Pacific. Individuals, families, and groups fill empty shoeboxes with gifts of toys, school supplies, hygiene items, and notes of encouragement. During National Collection Week in November, Samaritan’s Purse collects the gift-filled shoeboxes at more than 3,500 drop-off sites in all 50 states and Puerto Rico.

The club begins this project by collecting and storing shoe boxes from Circle K and Kiwanis members, right after the previous year. In addition, we begin collecting toys, school supplies, and hygiene items three to four months in advance. Circle K sets aside $100.00 of the budget, Berea Kiwanis this year also, set aside $150.00, and various campus organizations provided school supplies and funding to cover the purchase of items needed to fill the shoeboxes.

A week before the event, all the supplies are purchased, the boxes are brought to the central location in the Union. On the date of the event, the meeting room is set up to pack the shoeboxes; each table is set up with supplies. The boxes are labeled for the following age groups and gender: Male 2-4, Female 2-4, Male 5-9, Female  5-9, Male 10-14, and Female 10-14.

Once everything is set up, each Circle K member goes around the tables and fills the shoe box with age-appropriate items for the gender and age group. Each shoebox is then inspected by one of the co-advisors to make sure it meets the requirements. Once the boxes are sorted, they are loaded into a van, which will then drop them off at a local church that serves as a host site drop-off station.

In past years, the club stuffs the boxes during a regular club meeting so that all our members can be involved and have an appreciation of the project. Before the event, we show a video that Operation Christmas Child provides so that our members can see the big picture of why we do this service project. However, due to the COVID-19 protocol last year, they could only have 10 members or less in one room at a time. The club had 8 dedicated CKI members stuff the 80 shoeboxes in 2020.

To learn more about Operation Christmas Child, check out their website: https://www.samaritanspurse.org/what-we-do/operation-christmas-child/ 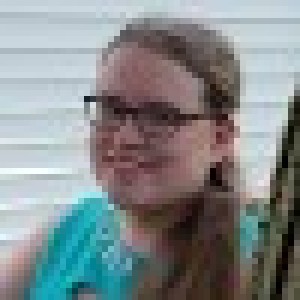 Annamarie McGuire is the Bulletin Editor for the Ohio District of Circle K International. She is attending Bowling Green State University and is studying for her masters in Forensic Chemistry. When Annamarie is not studying or doing CKI-related activities, she is usually being crafty or playing The Sims.

Circle K International (CKI) is the premier collegiate and university community service, leadership development, and friendship organization in the world. Circle K clubs are organized and sponsored by a Kiwanis club on a college or university campus. CKI blends community service and leadership training with the opportunity to meet other college students around the world.